A lady once told Greg she could not be a Christian on the pill. Oh, hormones. I seem to have gotten an extra dose of them. After that last post about the excitement of getting internet tomorrow (and I truly was ecstatically excited), I gleefully headed home to my no internet house, and looked around and plunged back into my deep hole of despair. None of the doors stay open, the bathroom feels like a prison, I hate cooking in that kitchen, the rooms are too narrow you can’t put any furniture in them, I sniffled. If you know me well, you know that if my room is messy, I start to get depressed. Very depressed. I don’t notice this coming on nor do I know how to fix it until someone (usually my mom) asks me if my room is clean. Very juvenile, I know, but I would look around and notice, woah… it has gotten messy! and set out to clean it up and bam! the feeling of hopeless despair is gone. Poor Greg found this out early in our dating relationship and I noticed if he ever got to my place before I got home and noticed my room being messy, he would quickly set out to start putting my clothes into nice folded piles, make my bed, and get things straightened : ) He’s a dear man. Anyways, I was so overwhelmed with the mess that does not seem to be going away on its own and looked down to notice my dog wasn’t near me anymore and thennn noticed that the door to the guest room was no longer latched and quickly rushed to it to find that Mr. Golden was peeing on my freshly made bed that I had just washed allllll the blankets and ironed the sheets for! Well that just put me over the edge and I think something in my little brain snapped. Cue the dramatic drop to the floor in tears. I called Greg sobbing telling him I hated this house I hated this dog I hated his job and that he was never home anymore I hated hated hated… Thank goodness for stable men. May I also mention, with all that’s been going on lately, we decided it was in fact that darn pill that was making me angry all the time and it would be best to be rid of it at this point. No one tells you that the first couple days you go off it, get ready for bitchzilla. It’s a good thing our first child is a tough little pup that doesn’t hold grudges because I’m still learning many things about parenting. For example, do not strike your child to the point where they move three feet. Poor puppy : ( I’m a terrible mother. Granted, he does slide very easily and it was more of a shove than a hit but man I felt awful. He looked at me with such sadness and went in a corner and curled up, blinking at me with his sad puppy eyes. I felt so horrible and went over to him just wishing he would chew on my hand to show me he didn’t hate me. But he didn’t. The sad blinking continued. Greg came home to a zombie wife that sat looking straight ahead, motionless. This lasted longer than it should have. Again, thank goodness for men and their ability to not be offended by such behavior. Anyways that night was fun but come the next day, the sun was shining! The trees were beautiful! I took Greg to work with whistles and skips, in awe at being able to live in such a lovely area! I go home, and a man comes to install internet AND cable! I haven’t had cable television since I lived with my parents. It. Is. Amazing! It’s like having someone home with me all day… just chatting in the room next to me! It’s wonderful! I rearranged my house and now I love it! Sure it’s not a fine piece of craftsmanship but it’s a great house and will be fun to live in for the next couple years! Do you see what Greg has to deal with? Extra gems in his heavenly crown for working with this psychopath. Anyways, this guy is back to loving me.. just in time to go into some strict training : ) Greg says he looks funny here but I think he’s cute. Thank goodness for Friday!! Lots of love to you all! 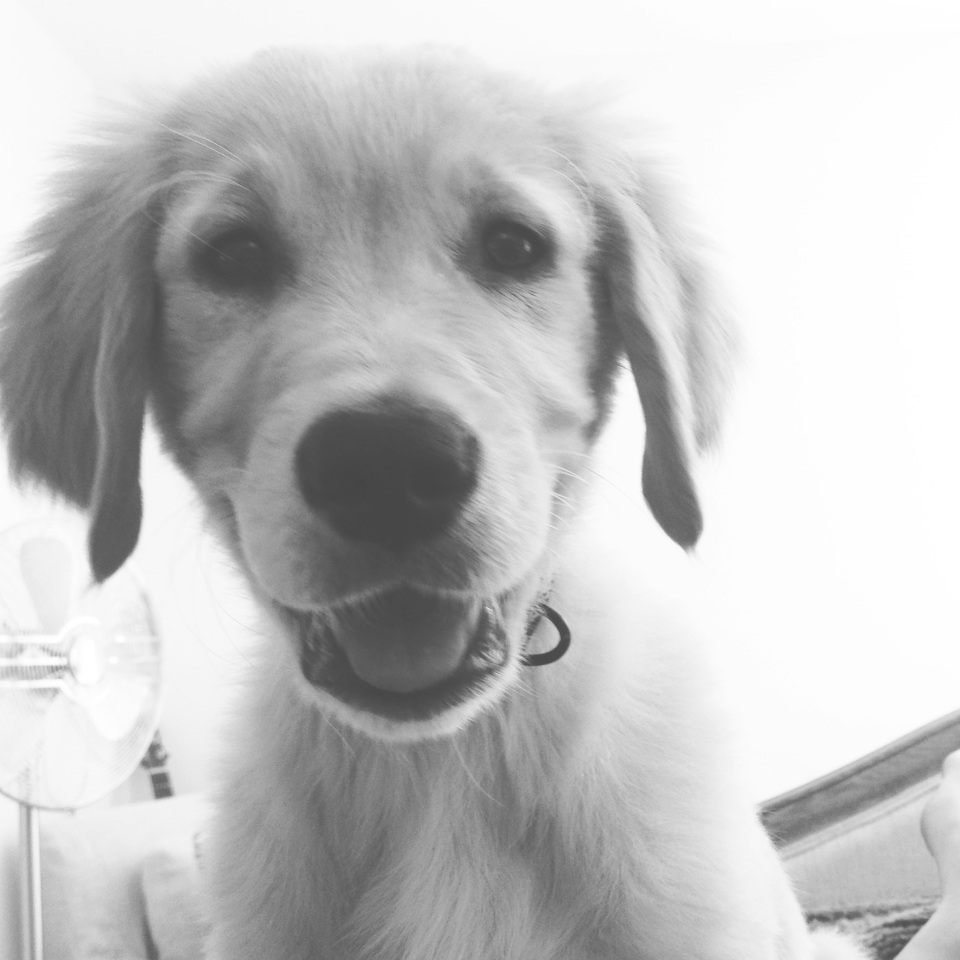