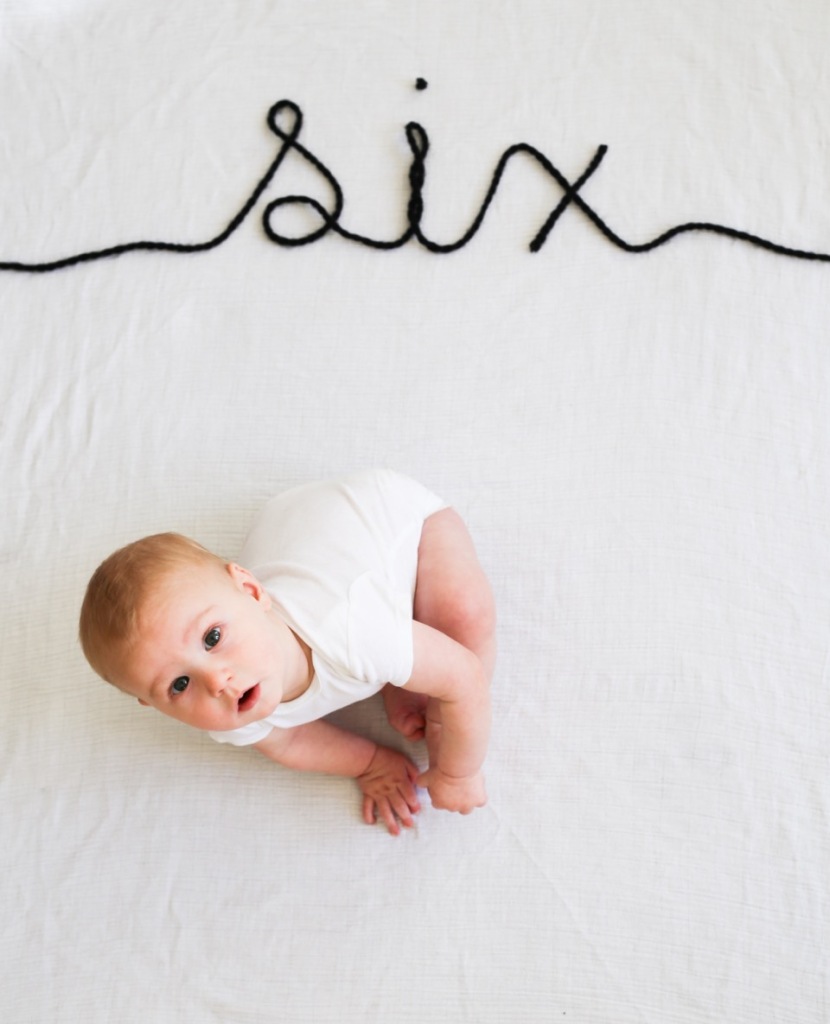 HOW HOW HOWWWW!?! ohmygoodness I love this little man. I think this is the first month where I’ve actually gotten to fully enjoy him (sad I know) cause I’ve given myself permission to finally slow down. And for the first time since he’s been born, I feel like I’m not struggling to stay afloat and constantly feeling overwhelmed. So thank goodness for health issues that force you to do that ;) He’s such a little sweetheart and brings me so very much joy. This month he:

Obviously learned to sit up! Considering how he had no interest in the task whatsoever at the beginning of the month (literally had to force fold him in two to get him into such a position), it’s shocking how good he’s become. But sometimes he falls over and boy does he NOT like to fall over… but who does?

Greg likes to say he “enjoys things quietly.” hehe we have found he doesn’t laugh. You can tell he is laughing on the inside by his smiley eyes and wide open mouth/big smile. He does however take some quick inhales which we are counting as laughing. Sometimes one short happy squeal will be let out. These are all very good things. That boy. He’s the cutest non laughing happy man I’ve ever met.

He has the strongest grip in the world! And loves your hair. And will not let go of your hair. Or skin. Or whatever he has set his sights on to clasp firmly.

You guys. There have been days of clean outfits. As in no spit up. As in, I never thought I’d live to see the day. But he still spits up… but there are days when there is none… and all the people said HALLELUJAH!

There were some days in there where I was radioactive… and he may have needed one (just one!) more bottle before I could start breastfeeding again. OK PAUSE. ^^That^^ is such a miracle. I thought for sure we would have enough for like half a day and I was so stressed because he hasn’t been taking formula when I leave him but *randomly* Greg brought home an automatic breast pump cause he just felt like I needed it for some reason whaddagoodhusband (why I didn’t want to buy one till someone literally brought one home to me and said here use this, I DON’T KNOW! if you are pregnant and planning on breastfeeding BUY THE PUMP! enough about that…) so I started to pump every day leading up to my radioactive-ness and TADA! He only needed one more bottle! So thank you for praying, those of you who I may have mentioned my worries to :) ANYWAYS all of that to say… he may have had a banana… as in first solids… and he may have liked it even though his face said otherwise. And this is when the shit gets real. Literally.

He slept through the night – as in from 9pm to 8am – for the first (and only) time this month. I KNEW IT! I KNEW HE COULD DO IT! And this mom has renewed hope. And MY that night was lovely. I was in the cry room at church a couple weeks ago and one new mom bless her soul was going on and on about how her three month old has no problem sleeping for 11/12 hours… she now has facial deformities. Just kidding. But seriously, you watch your mouth woman. I haven’t slept in six months and cannot be held responsible for my flailing fists of envy.

Oh also, remember how I had to put him to bed before? No? Oh, well, I had to run around my house for a full 10 minutes as vigorously as possible until his eyes started to close. I do not like running even when I’m fully rested. SO I must say, this month has been a rocking dream. His bassinet is on a rocker which Abbie used all of once but HIM? He loves it and goes down so easily these days in it (with vigorous rocking but still… rocking… running… I’ll take seated rocking any day) AND SOME DAYS I’ve just put him in his crib and he goes to sleep. I heard parents talk of such things. I never thought it was possible so MIRACLES ALL AROUND!

Oh my… this might be my favorite thing… you know, before they start crawling and they get up on all fours and start to rock. OH IT’S JUST THE CUTEST!

He’s super content! His tummy issues seem to be gone THANK YOU THANK YOU THANK YOU and he’s just the most mellow baby! He will just sit there, lookin around for the longest time. Oh but now he likes activities. Put something in front of him and he’s a happy camper exploring such fine, mother-approved wooden objects. ;) HEY I can only get away with sweet boring wooden toys for so long so let me have it!

His eyes look like they are starting to change! I have no idea which way they’ll go but they are definitely grey now – maybe a little brown like daddy’s? But still lighter so maybe they’ll go hazel like momma’s? Either way they are some of the prettiest eyes I’ve ever seen with the longest lashes :):)

Little Luke, I’m so glad you are my boy. You are simply the best gift and your daddy and I love you SO much! Happy six months!