So this month we moved (!!!)… and Abbie decided to kick into high gear teething aka what boxes? just hold me foreverandeverandever amen. Hence why I haven’t had any available hands to tell you how incredibly patriotic she was on her first Fourth of July!

Or how you set her here and she ends up over there!

Or how that dog has looked like this ever since we’ve come here because he misses Ruari so!

He’s also accumulated bed sores from this oh so depressed posture he has now mastered, and continues his faithful contributions to the already overwhelming bad pet owner guilt I have going on.

You guys! There are so many places we can walk to around our house and IT’S SO MUCH FUN!!! I just love it :):) I mean… the beach is less than two miles away. My favorite beach. Capitola beach. *happy dance* Actually, I have yet to go but the fact that it is there is.. just.. (I am smiling so big right now)

We got to be part of the most adorable wedding rehearsal dinner for our good friends the Faulks!

They had the most precious little details all around 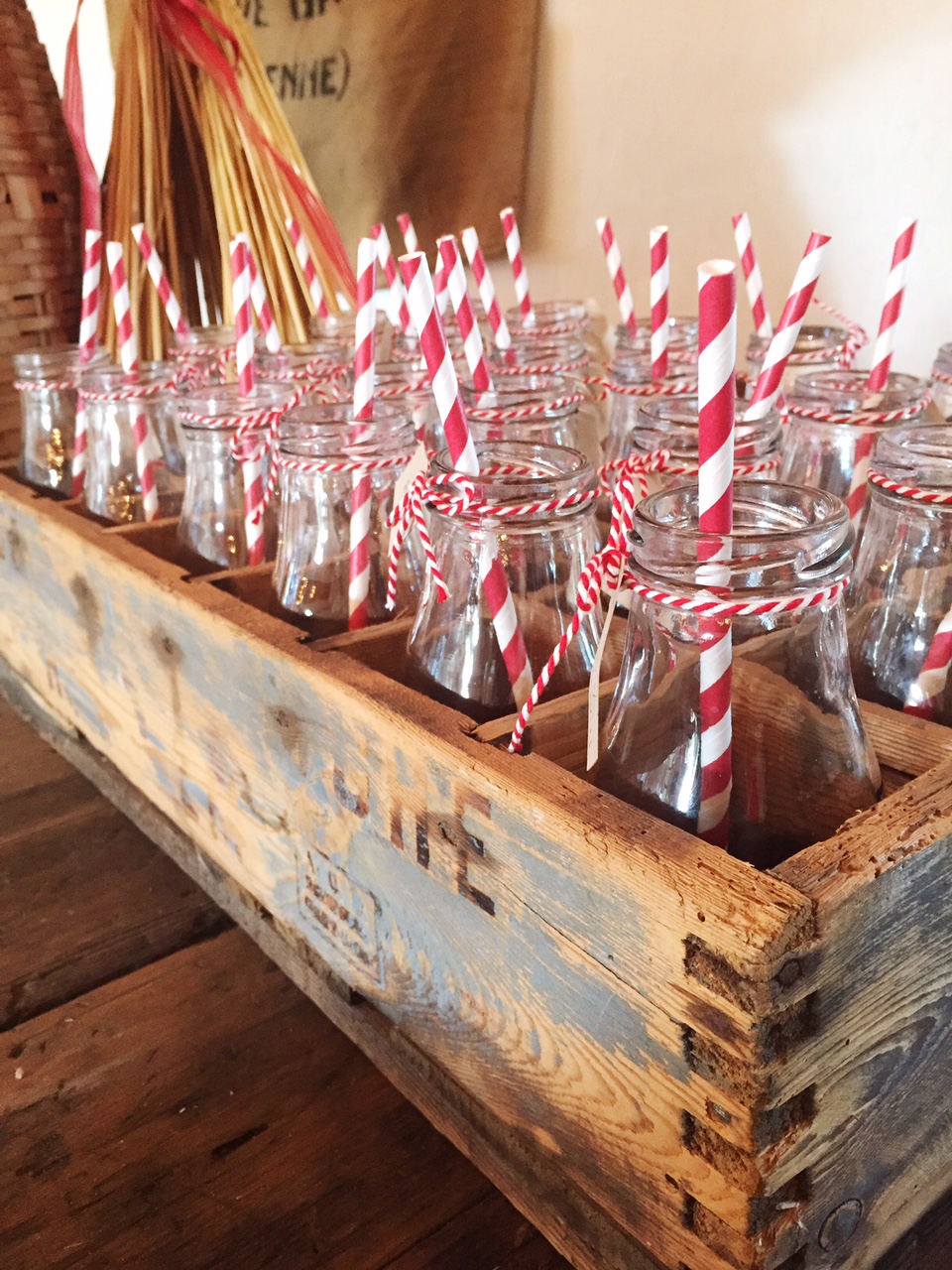 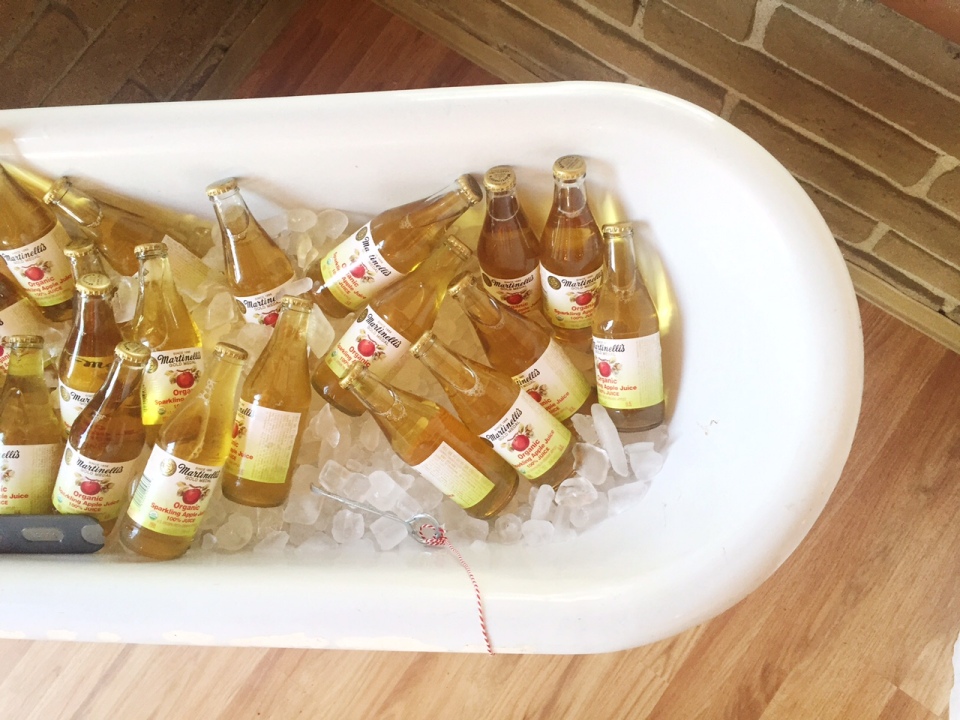 And this meal was such a delight to eat! I can’t even say how excited I was we got to partake in such sweetness and how much fun I had unwrapping each thing :) I’m obviously still thinking about it.

Since we were moving the next day, naturally I snatched one of those giant balloons to, you know, in my free time, paper mache a hot air balloon for Abbie’s room. I even went to the craft store, got all the stuff, set my hopes high, and amidst boxes and clutter galore, *POP*. Sigh. I suppose it shall wait.

We celebrated the birth of my best friend, Taylor! 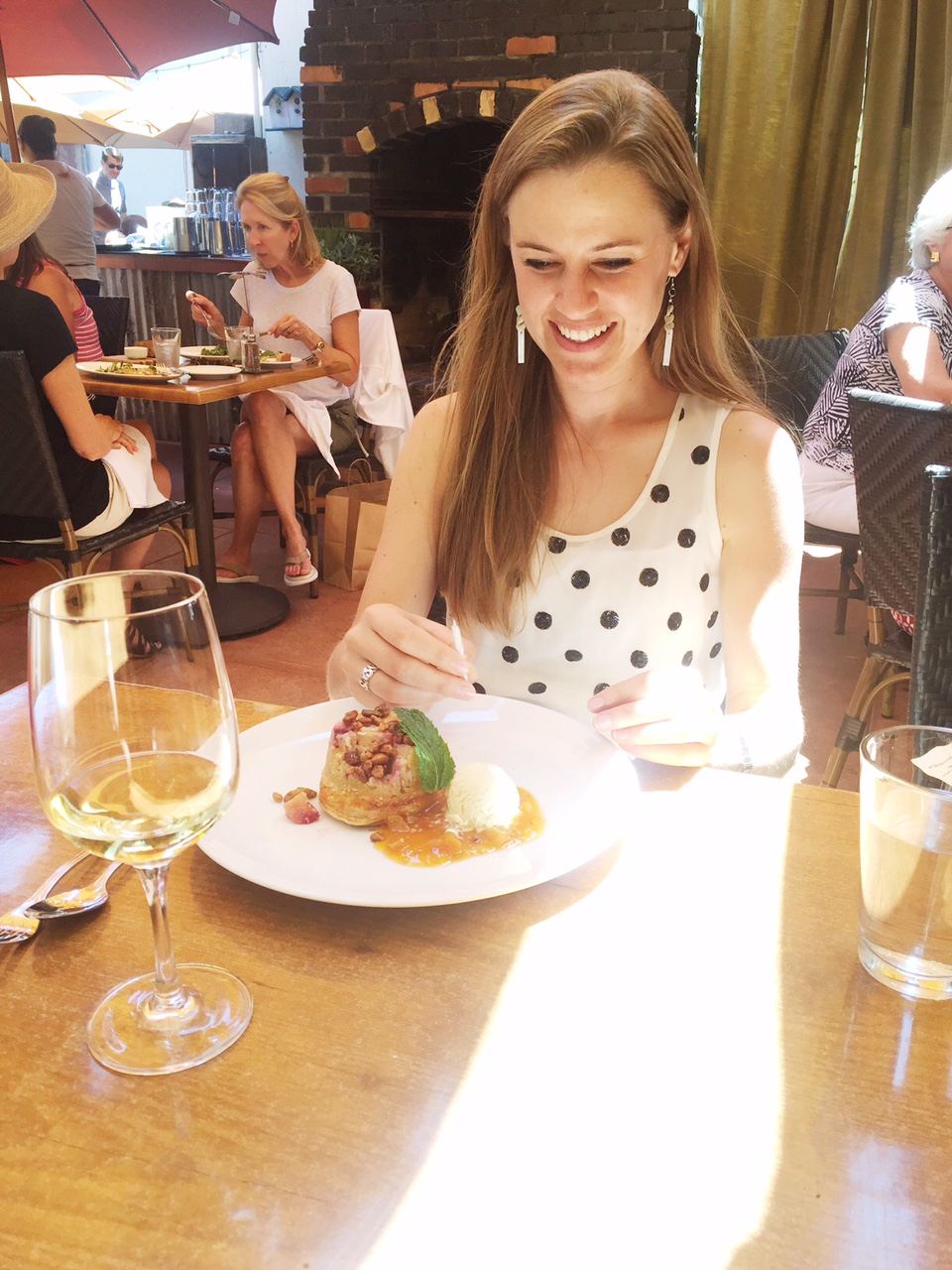 And she has the prettiest, shiniest haireees

And she’s pretty when she’s looking down 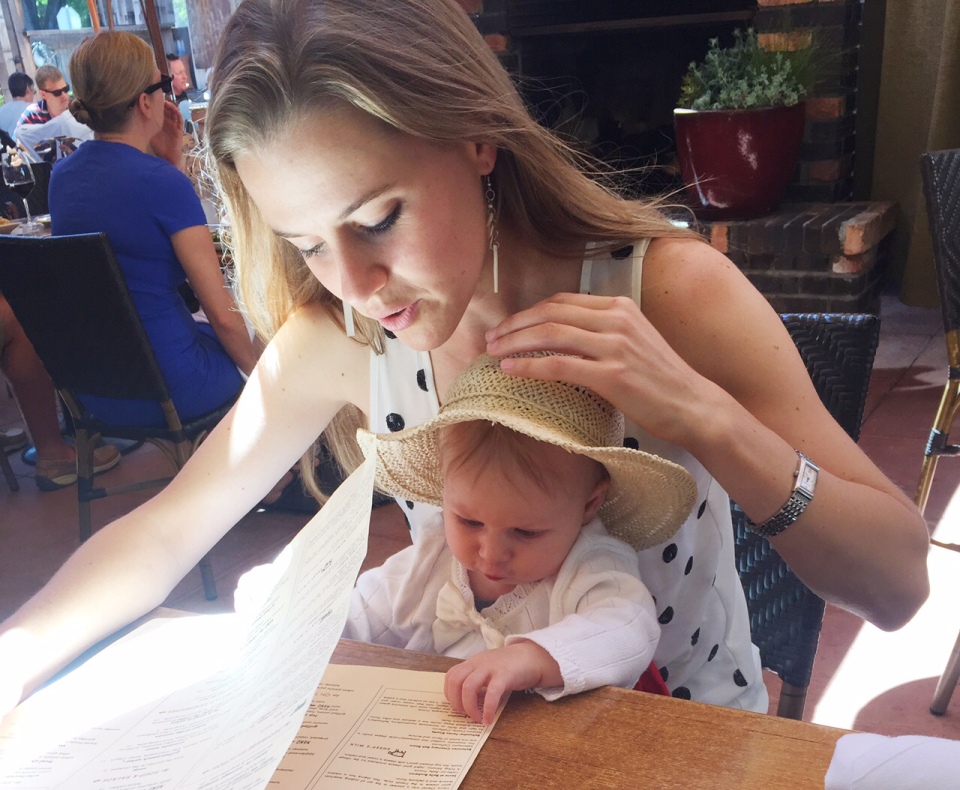 And she’s the best auntie 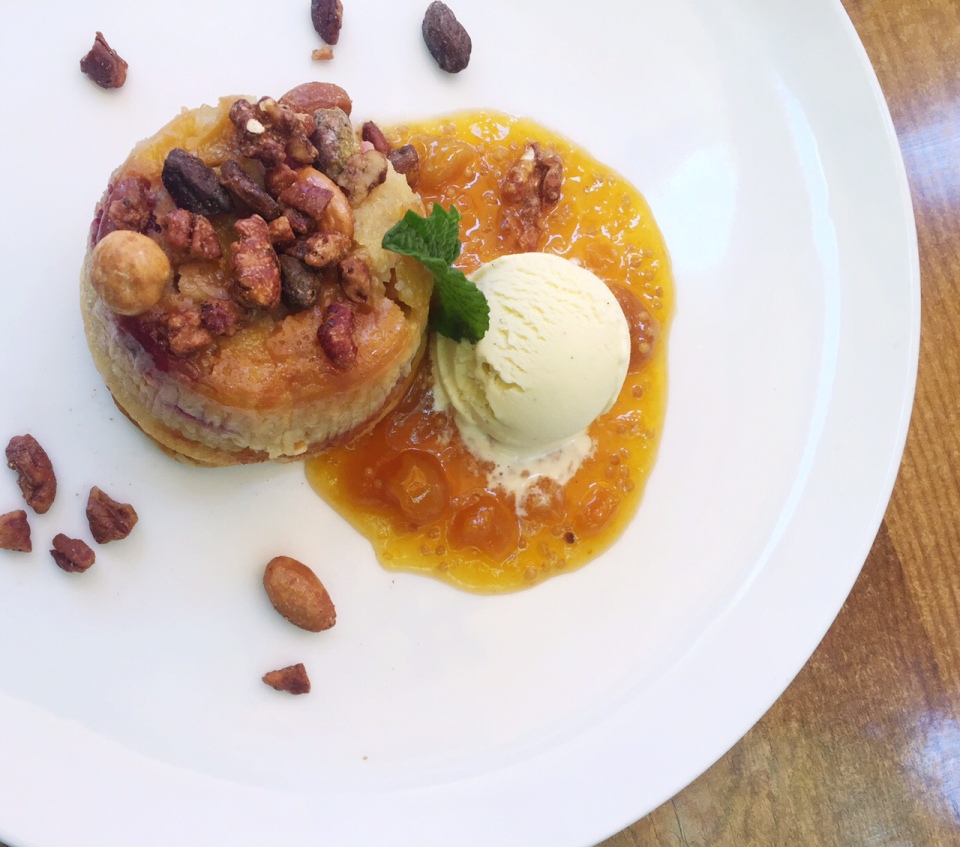 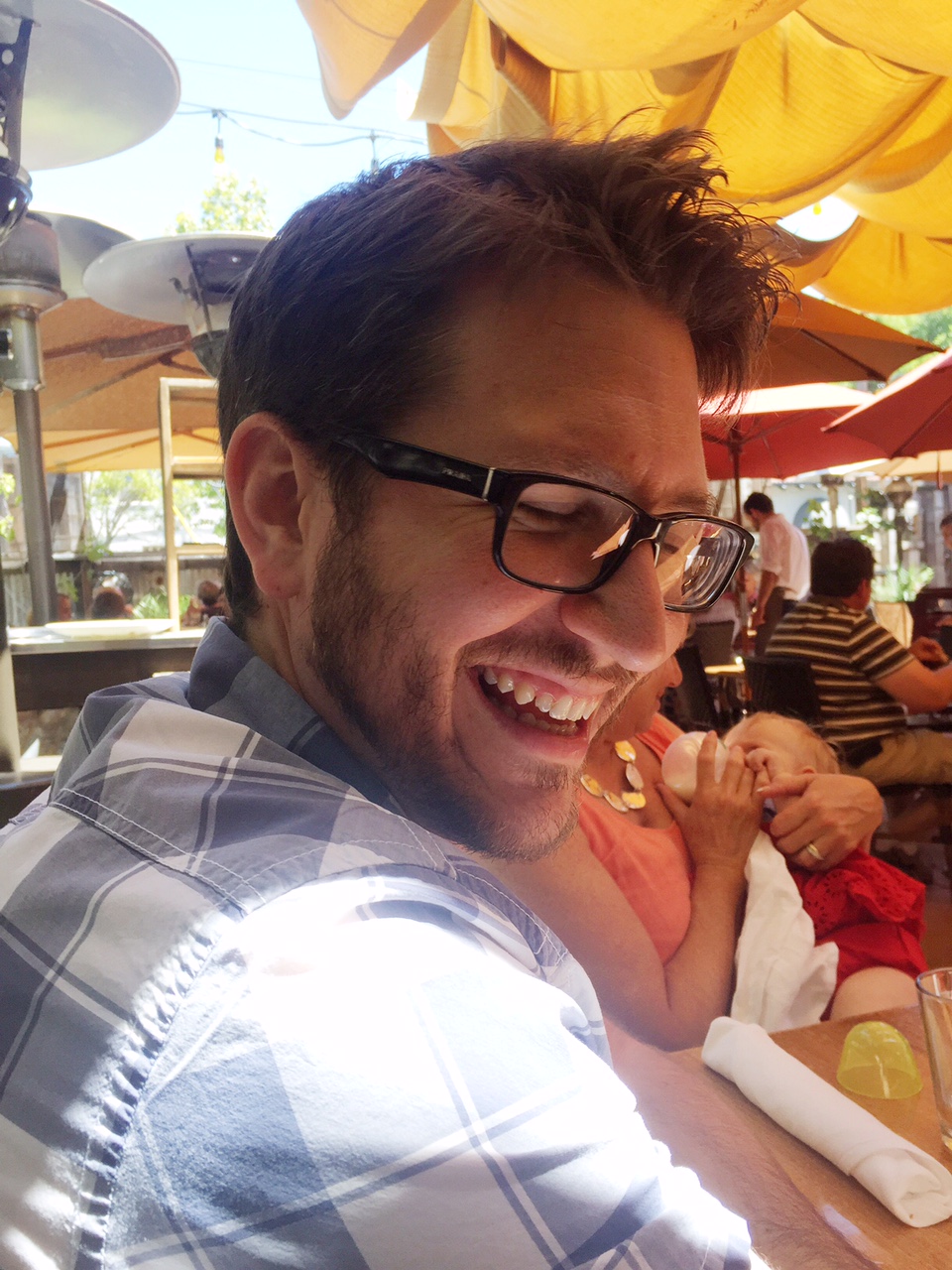 I love him too.

This sweetness kept happening. She just loves her Papi.

Sonoma, man. I really like that place. Obviously this happened afterwards.

^^that girl just loves being outside.

We got to go visit with my aunt and uncle and see their gorgeous house. I left feeling so inspired! And then we’ll just skip past that night because it was one of the worst. Oh, ok. We’ll just touch on it real quick.

When Greg and I use to live in Sausalito, we loved this place just below the Golden Gate Bridge called Murray’s Circle. They had pork that was out of this world. I’m clinging to that memory because it is fading so, so fast. We thought, it’s a small plate… we are all stuffed but should probably eat something before heading all the way home… let’s just stop in and split a couple of those pork dishes! It’ll be SO FUN!!! Dad dropped his phone and cracked it into a bajillion pieces, Greg slid into the tiny spot we had and consequently shifted the table so it slid right across the top of moms toe – at least that’s not a sensitive area. Just kidding. And, no pork. BUT on the other menu, they supposedly had a pork dish. She said we could have it. She said it was the same. The music was loud, the place was bustling. We ordered two pork dishes and mom tried to soothe her poor toe. She held Abbie up above her head in an effort to distract. Her mouth was open with joy. The spit up came and went.. into the opening. Poor mom. This was not her night. Then we saw it… out of the corner of our eye *five* giant plates of pork. Not the pork we remembered. Bad, bland, boring pork. And FIVE. No no no, we said. We only ordered two, we said. Then the shaming came. Her displeasure was obvious. She sent the manager out. His displeasure was obvious. And then she continued to check in again and again to announce how annoyed she was. I hate when people are mad at me. The pork was bad. And expensive even though we only ordered two. And I couldn’t even enjoy its blandness with the newfound awkward air our waitress perfumed around us. So Taylor and I went and sat in the car and had a marvelous time :) And then Abbie cried the entire way home. HAPPY BIRTHDAY TAYLOR!!! heheh I hope you know how ever so loved you are! Ever so loved.

And now for the grand finale, Abbie went on a boat. And I took a million pictures. 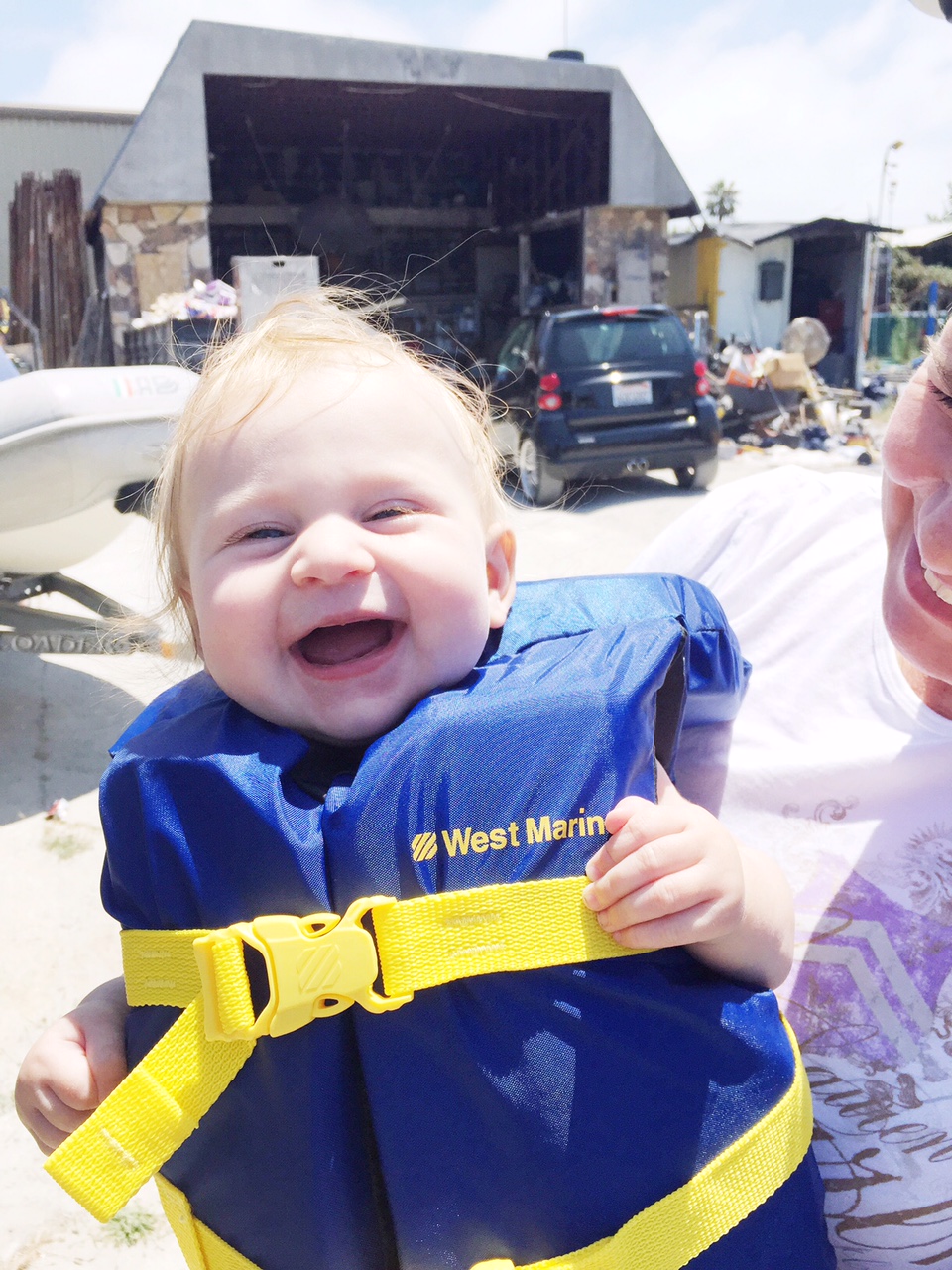 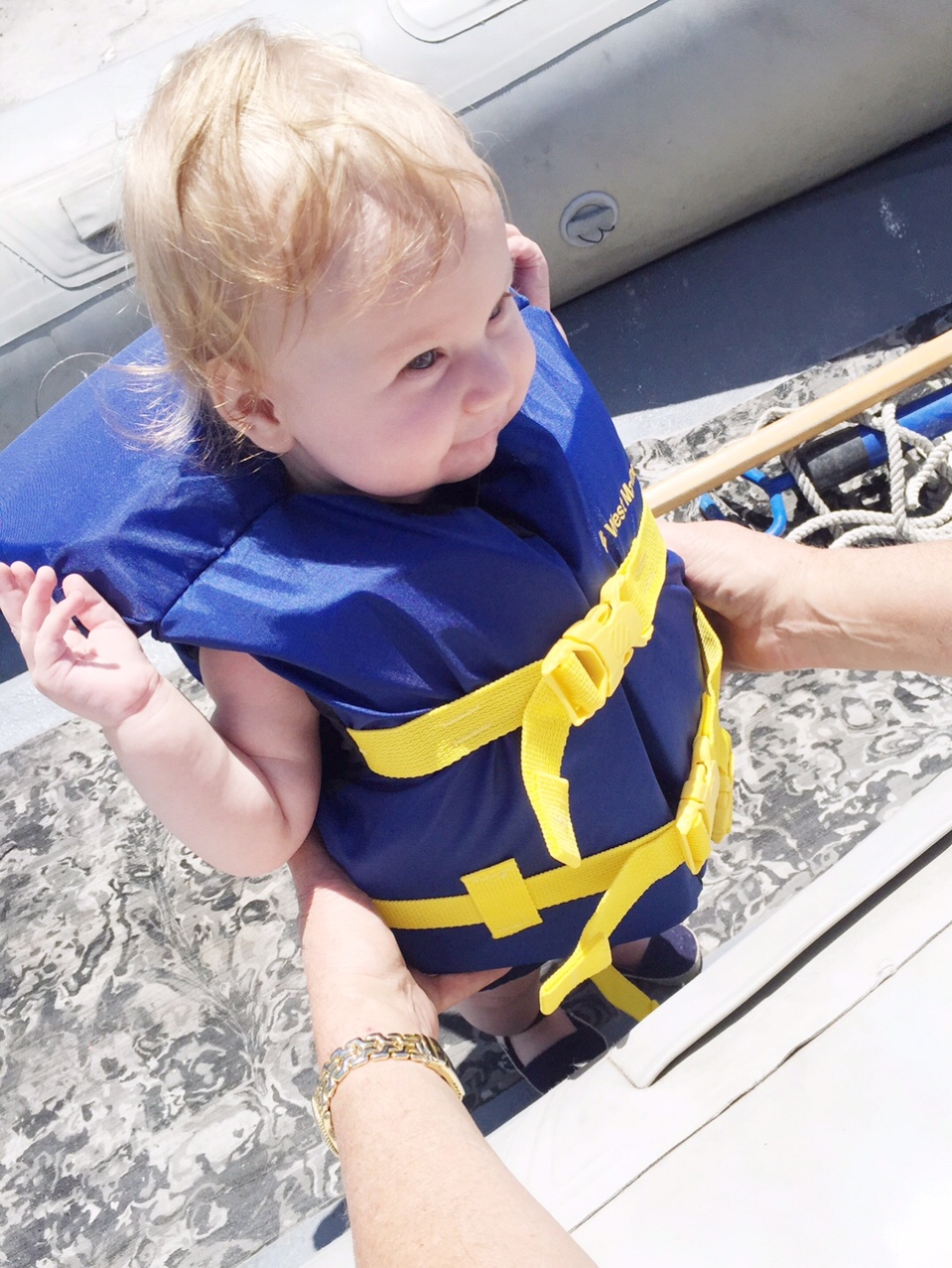 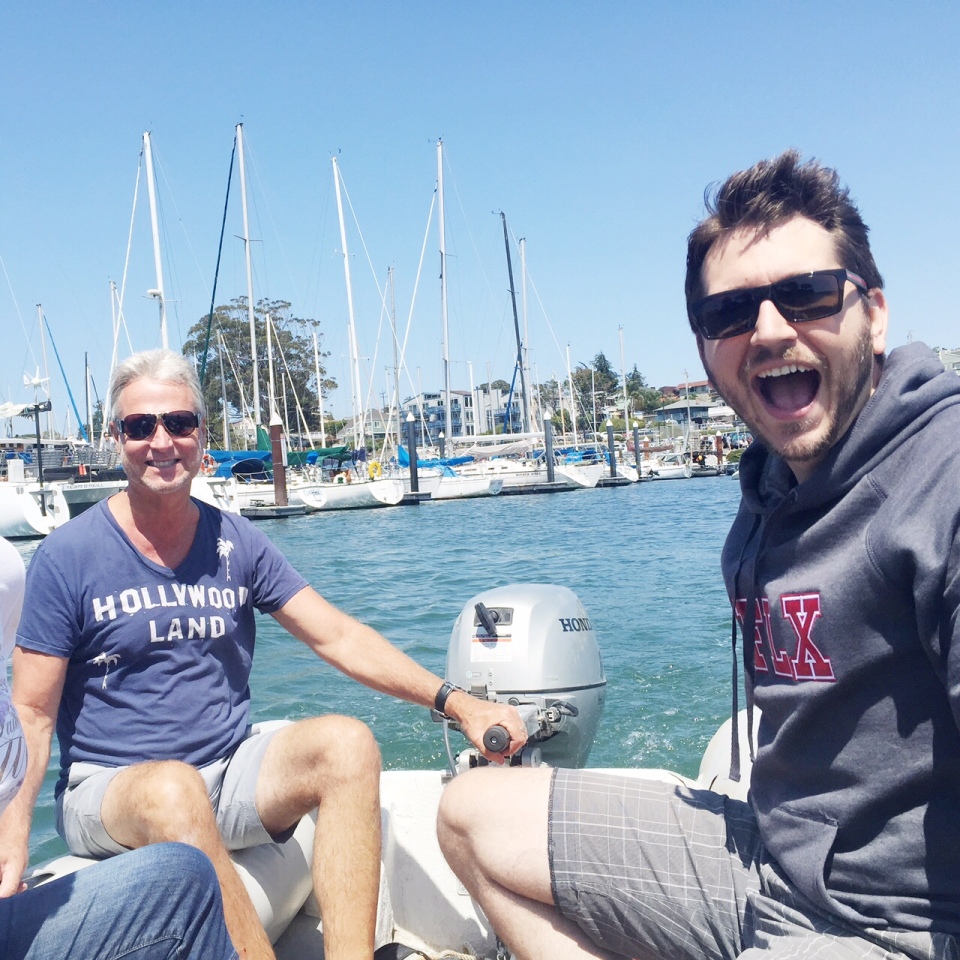 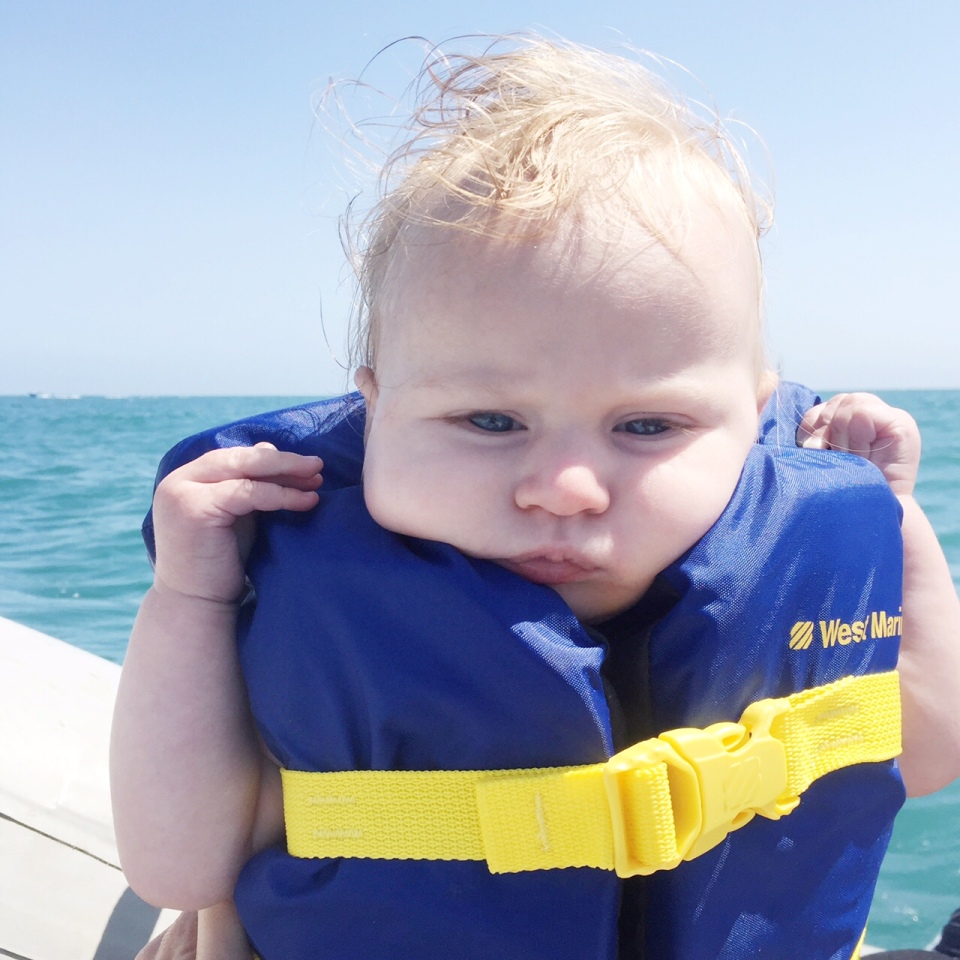 ^^why is it that life jackets are especially uncomfortable when you are a kid? I feel like we should just call them cheek props.

^^yes she wore her anchor outfit for such adventures. Such a fun day on the wato. And then you know, more food and drinks and a rousing game of bocce ball. Doesn’t get much better than that!

Have a wonderful rest of your July! It’s been a good month :)