At least for taxes! This was the first year Greg actually got money back (cause his sneaky, resourceful wife was hiding money away muhaha). I was so very sad because I’ve always gotten money back in the past which made me oh so happy (perks of having a low paying job and filling out your tax form incorrectly!) but it was always a nice little reward at the end, er, beginning of the year. So! I’ve been stashing away a little here and there and hip HIP hooray we got to enjoy a lovely little shopping trip because of my sneakiness. I have learned that I do not like shopping. I love clothes. I hate shopping. And I don’t like spending money ( ! saver ! ). I most certainly always will have buyers remorse and I cannot enjoy my purchases. EXCEPT this time, I got two new little desks from Ikea so that my office can be nicely organized anddd I can have my sewing machine out at all times! This way, I’ll actually use it : ) We bought a BBQ when we moved to our house with a yard and guess who has never used it because someone insists it live in the garage so it stays new looking (mission accomplished on that regard). ALAS this shan’t be the case for little red (that’s the sewing machine). She will be making me custom quality garments in no time! Anyways, so we went shopping…… I’ve noticed these blogs have become terribly boring : ) Sorry bout that! BUT let’s see… OH! Yesterday, my charming husband turned THIRTY ONE!! I know

I did include a tray this time… and the cutest man in the world headed off to work to provide for our little family, bless his soul. Meanwhile, I lazily strolled around the house thinking how nice it is to take a day off work and get the house cleaned up for Greg’s birthday party. Dagnabbit, that didn’t last long when I remembered I had BSF that morning and I had already missed two weeks on account of being sick (I think they may kick you out after missing three or four). Off I go sweaty and discombobulated, hoping I locked up the house and the dog was actually inside, only to arrive an hour late, just in time to catch the last question of the discussion notes and the prayer. Ah well. I’m very glad I went because the lecture afterwards was awful good (normally my ADD self finds it terribly hard to sit still and focused for such an extended period of time). So clearly, it was good ; ) Anyways, back I come to enjoy my semi relaxed day and think, I’ll take that dog for a walk! Poor guy has been terribly neglected as I’ve been trying to get this painting done in time and have been working non stop for the last couple of weeks. Consequently, he’s turned into a very bad dog and has become willful and disobedient. BAD DOG. Cesar says “exercise, discipline, love.” We’ve been doing those in all the wrong order and it shows. He’s started a fun new habit of proudly bringing the biggest sticks he can find, into the house and continuing to chew them up on the carpet. He also likes to get his paws nice and muddy and then go for a house tour, which consists of checking out what’s happening in each and every room, complete with several turns around these spaces. I know he does this because I can easily follow his footsteps. Anyways, so we went for a hike so that he would be a good dog when dad came home. He was not. He still wormed his way in between us whilst hugging and jumped and barked and bit. BAD DOG. He’s still a really good dog too though. Anyways, after running loads of errands that made me angry (one of those days where everyone is mean and all the cars on the road seem to not want you on it :'( …) I arrived home, again sweaty and exhausted and so mad at all the mean people in the world. Ah well, the house may not have been as clean as I wanted it to be but that’s what dim lighting is for, right? My problem was, I set the “mood” too early and even turned it down a bit lower than normal so I was getting angry just cleaning cause I couldn’t see anything. No, I didn’t have the brains to turn on the lights whilst cleaning cause Greg would be home any second and I wanted it to be cozy and perfect! So, the anger continued to rise, as did the sweat as I feverishly tried to feel my way around on the dark floor, scrubbing up the dirty paw prints that had been there for days and days. But! The Lord was good and didn’t let him arrive until the sweat had sufficiently dried and I had cooled down a bit : ) And we had a marvelous evening! 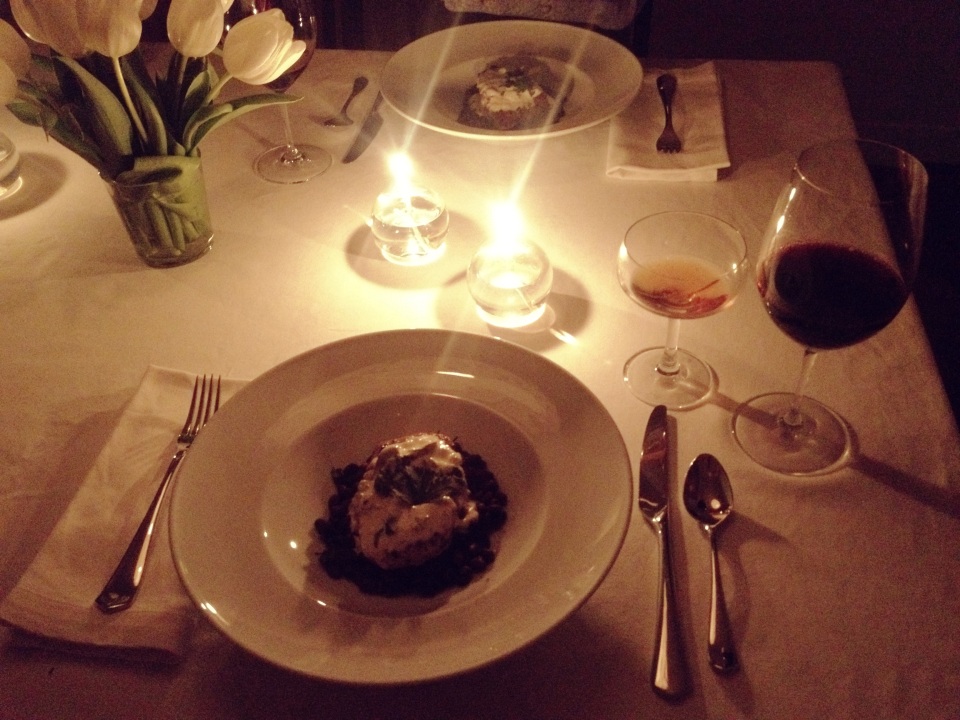 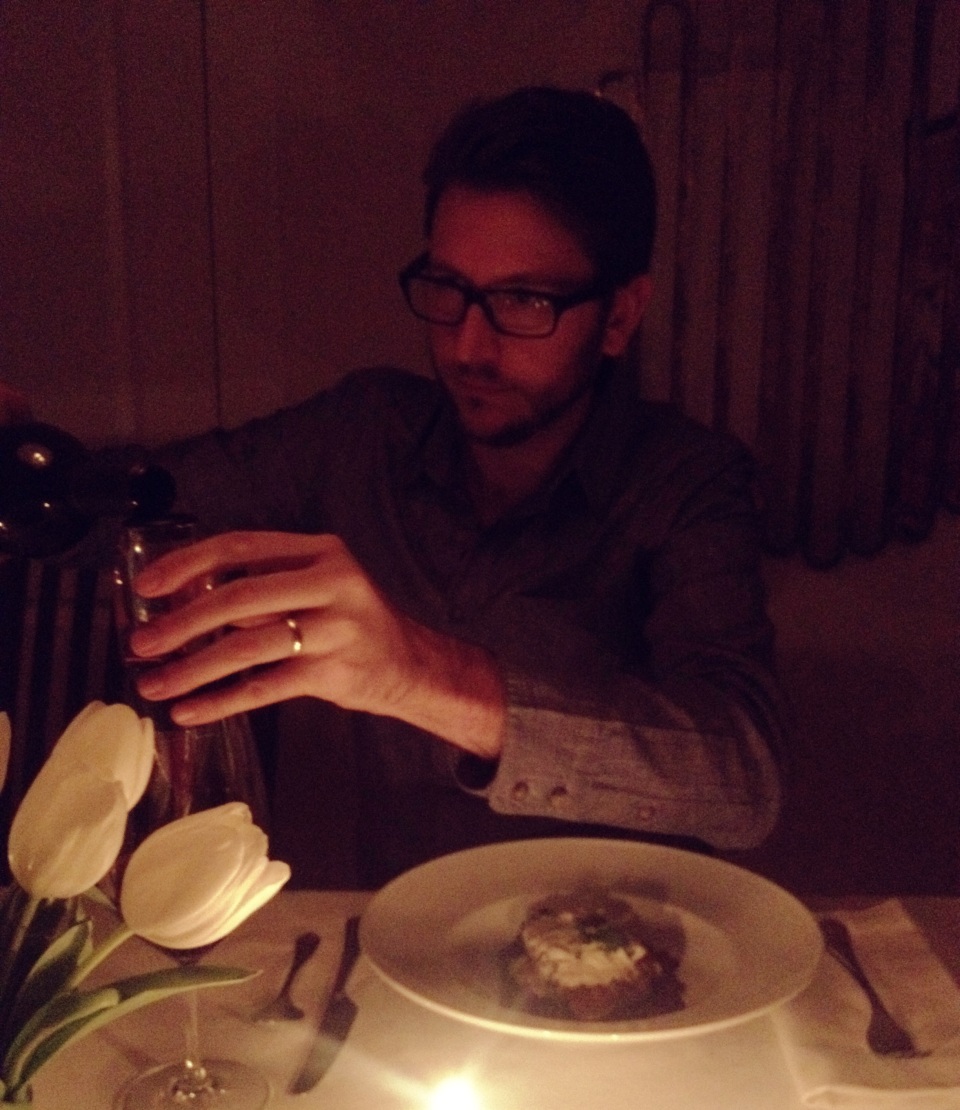 Most of all, it wasn’t as perfect and relaxed (at least the prep part) as I had imagined but he said he felt oh so loved and woke up sad this morning cause it wasn’t his birthday anymore, so I say that it was a success. I sure love that guy a lot and am so so so SO very thankful that he was born on that day many many moons ago : )