That’s right! Bentley turned 6 months old today : ) We are convinced he has stopped growing and will be this size forever. Greg is ashamed of his small dog that’s supposed to be big, but I love him. Clearly, I’m the more accepting parent. We haven’t been up to too much lately.. Less than a week from having a bagpiper in my parents living room, we saw them yet again at a coffee shop just up the street from our house. It was quite fun, albeit random, to go into the “back room” of a coffee shop to find a stage with lights and props. I kinda felt like we were looking for Platform 9 3/4 (Harry Potter reference anyone?) and stumbled upon a magical world of celtic music. Anyways, it was really cool cause they said we could bring our own wine (well now it’s a party!) and sit and have a marvelous time. 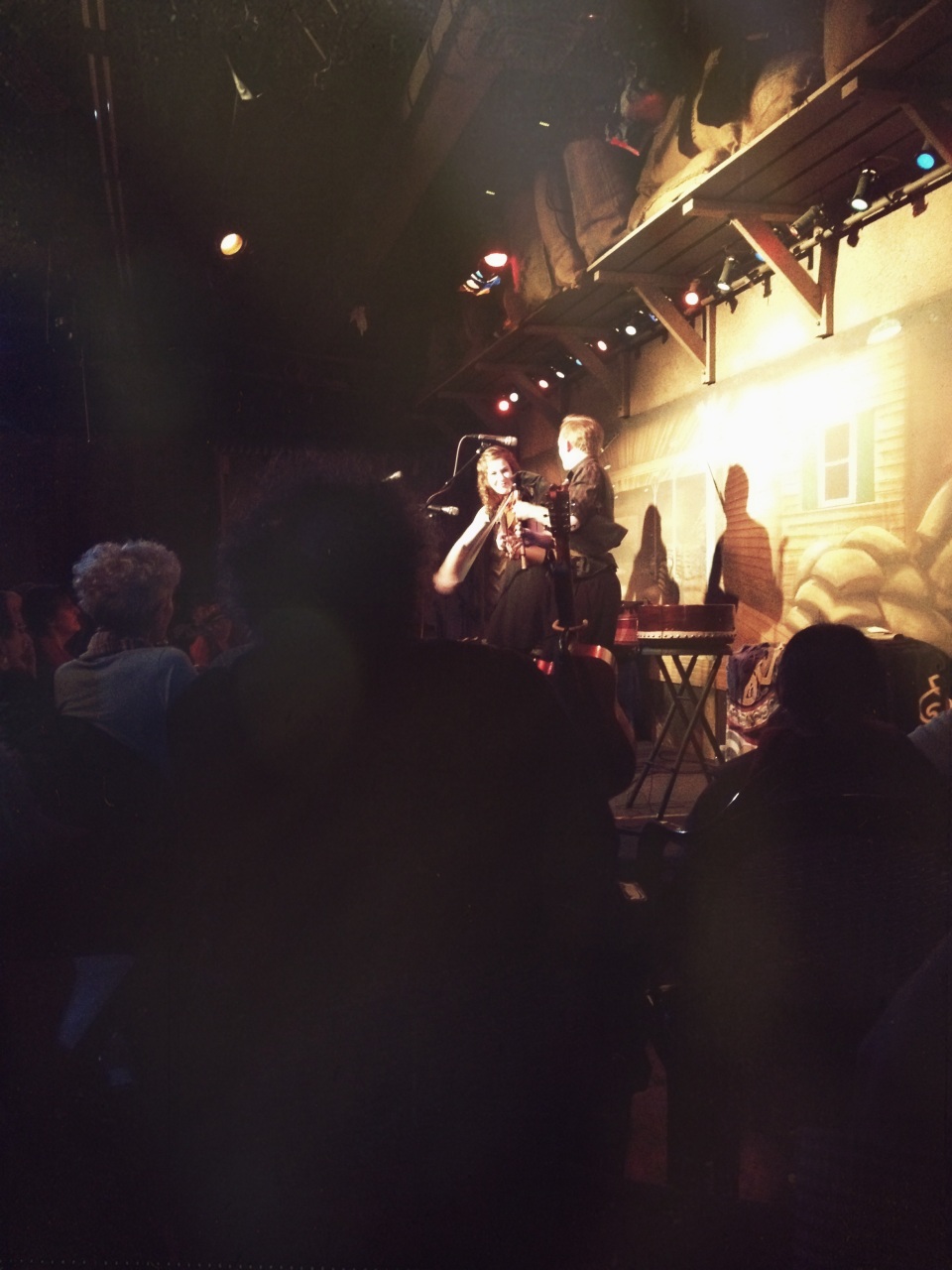 Mr. Klein came with us and ended up staying the night cause if I recall correctly, other libations may have followed as well as a couple cigars from our wedding, almost a year ago.. I got to smoke my new and lovely girl cigar and they had to muster through dried out old ones. This is what happens when you save things for special occasions. Speaking of, Greg got us a divine bottle of wine to open after our first fight and… we either got through a whole year without fighting (BAH!) or each fight ended with “should we open it now? Nah, let’s wait for a REALLY big one..” Ya, there were a couple really big ones in there yet, it is still unopened. I think our biggest fight is yet to come when we realize the expensive bottle has gone to waste. Just kidding.

That’s all I’ve been doing lately. That and exercising. After all, it is a new year – that’s what everyone does in January right? These new tasks have led to a very messy house. When the house is a mess, I have less of a desire to put things away and more of a desire to see just how gross it can get before someone says something. Case in point – things are left in odd places leading to a very confused, although, accommodating little boy. 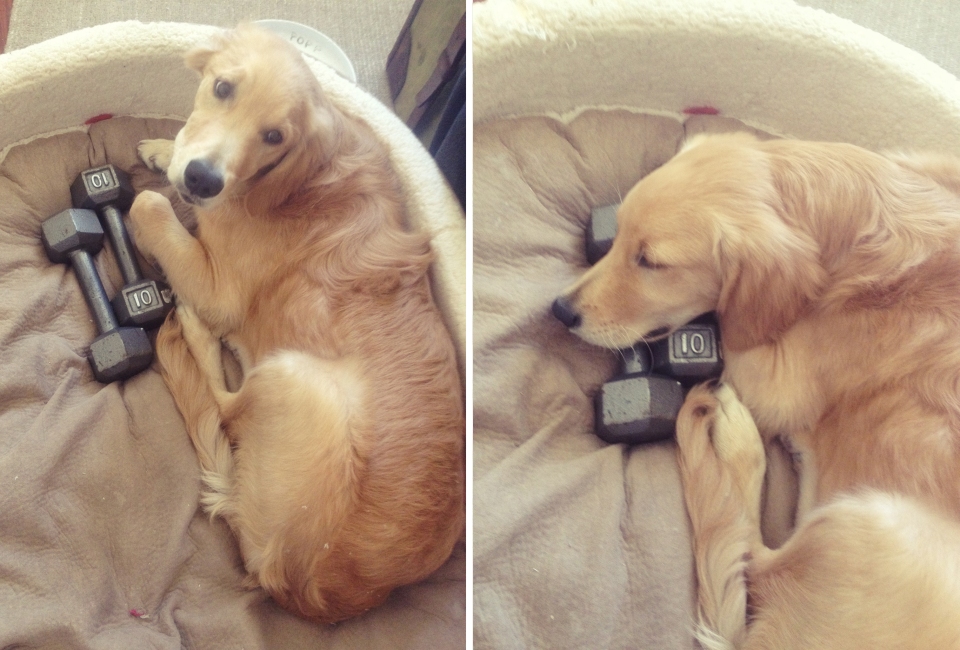 This is a classic example of how I’m not very good at the in between. I either have a super clean don’t touch anything house or an I’m close to committing suicide this is so disgusting house. The clean but livable house is unknown in this family. The last two weeks have been the beyond disgusting house but luckily I have been cloistered away in my tiny room I call a studio and haven’t noticed anything beyond that strange smell and business of flies gathering in the kitchen. Not really. No flies yet. I’ve actually have had a remarkably fun time painting regularly. Greg was so proud of me that he took me to a special dinner! I love special dinners.

Isn’t he the cutest with his tie? I love boys in ties. Specifically that boy in said tie. That place was fun – they played mostly music from the 60’s (favorite) and had a big flight of stairs and an eerily-absent-of-people-alley where we had a small, two man dance party to the strangely loud music. You know that part in Shrek where he goes to the kingdom and it’s strangely quiet with no one around but there is music playing? No? Well, it reminded me of that. I love dance parties with my husband. We both suck so It. Is. Awesome.

Last weekend, since poor Bentley was neglected the previous week, we decided to take him down to the beach! It has become increasingly apparent that Los Angeles does not like dogs unless they can fit in your purse – which then begs the question, is that really a dog?? Anyways, there is one small area on one beach in seemingly all of Los Angeles and Orange County that allows such creatures. But! It was a glorious day and he got to run and socialize. He made friends with a pit bull who’s mom I heard say “that dog keeps picking on our dog!” Apparently Bentley is now considered a terror, “picking on” pit bulls. Brave boy. We threw his ball twice and it was gone. I didn’t think to bring two. Sooo that was short lived. We walked into town and had some mexican food and margaritas. He met lots of people who loved him and lots of people who didn’t. We concluded dog people are the better people of the world. It was a lovely day.

On our way back home we saw an open house sign and decided to stop in just for kicks. I’m so glad we did cause it reminded us how much fun it will be when (not if!) we actually have money one day. Hope was reignited plus the guy was super helpful and answered all our obnoxiously uninformed questions. I really like it down there, although I’m glad we couldn’t live in that area because I’d probably never want to leave : ) This way we have a more likely chance of returning home one day!

The next day Greg proved his love to me by going with me to the LA art show, yes, while the Broncos were playing. He is dear. I just love to see art in person – it’s so different than in a picture or on the internet. Plus they had stuff from old masters and new stuff from some of my favorite contemporary artists and AHhh it was just quite inspiring.

Apparently our jaunt in the sand that weekend did nothing for Mr. Yellowtail as he was bounding with energy come Monday morning. So, I decided to take him on a nice long, 6 mile hike. This broke me but caused him to take a nice nap and wake up with the same amount of energy. Alas, such is life. But look how happy!

Cutest of dogs. Speaking of broken, I had just recovered from my little journey up the mountain (yeah, yeah, it was a couple days later..) when I got the lovely idea to do some gardening. I don’t know what I did all of yesterday but oh my. My legs have officially seized. Honestly, I look at the tiny area that I have been “attending” to in our massive dirt pit of a yard, and notice very little difference to justify such pain in thine legs. Ah well, I still had a marvelous time. Minus all those rocks. I curse our landlord for ever thinking ugly rocks were a good idea to dump out front. Andddd finally, last night Greg and I ventured out of our humble abode past 9pm (chya) to go to a couples small group. It was really fun to go to our first small group together and meet other newlywed couples. We’ve been kind of striking out on the couples friends thing – most of my friends aren’t married and most of his, well, guys don’t really keep in touch like girls do ; ) so it was nice to meet new people together! Alas, this weekend concludes our first year of married life. !!!!!!!!! Please don’t ask me what we are doing because I was supposed to plan it and, well, didn’t. It’s not like he took me to Paris for our honeymoon or anything…. We love you guys! Have a lovely weekend!!