On this our second to last weekend here, we finally made it over to the America’s Cup for an exciting day amongst the Kiwis. I kind of felt like we had made a wrong turn and ended up in enemy camp because we seemed to be way out numbered by people with the wrong flag fluttering from their back like a cape. Nevertheless it was so much fun to be up close and personal and get to be excited with everyone else especially because WE WON!!!! Finally.. still way down but still! We are hangin in there : ) Greg said it would be over that day but I said I was a lucky charm. Ta da! Lucky, am I. 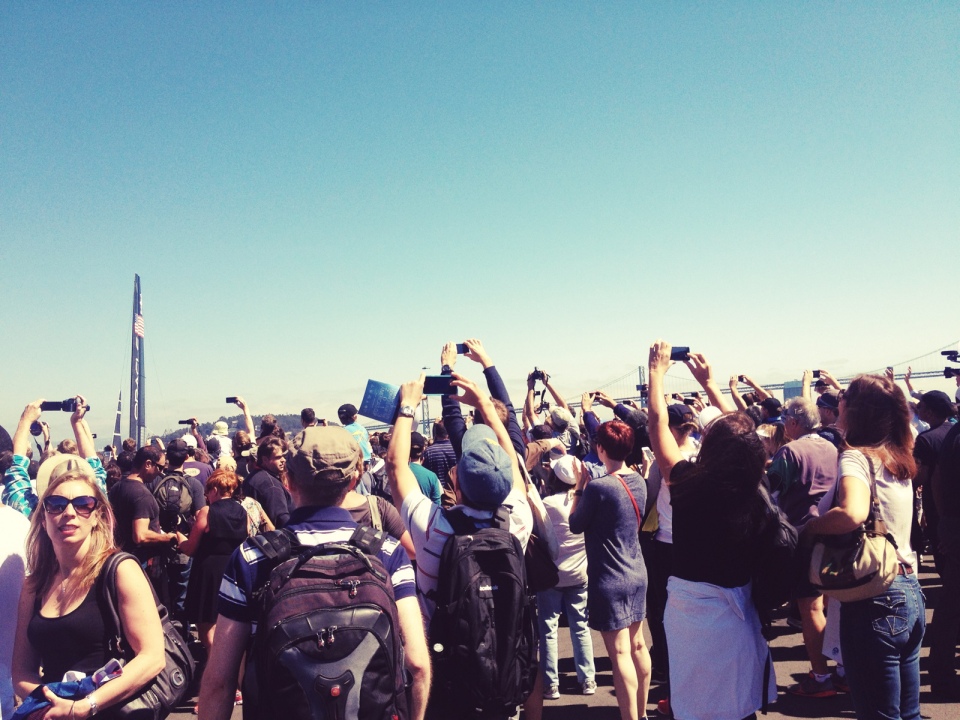 I think I was equally amused by the digital frenzy that was taking place as much as the amazing boats headed my way. Greg was able to wiggle his way up closer as to not be behind the pack of hands. He’s pretty cute how into this he’s gotten. We don’t have cable right now so he listens to it on the radio while watching it from our bedroom window. My friend came over and caught him listening to the first race and said, “Sailing? You do know football is on…” But seriously, it was quite thrilling! The New Zealanders almost capsized and we got to see it all happen right before our very own eyes!!

Plus, the boats are so very ominous looking, they look like the sharks of the sailing world and they are HUGE so they are very easy to spot for this visually challenged girl.

Of course, once the race was over, we headed over to the yachts that were docked and pretended they were ours.

This one was for sale last year for only 95 million. Umm, it was gorgeous. A man made fun of me for my goofy poses but I think he secretly just wanted to have his picture taken in such a way too. He ended up being quite nice.

Then we strolled around San Francisco and found the bench where we sat on our second date and I had to use a ridiculous amount of moves to get Greg to like me.

And it worked! Four and a half years later we were back!

Look how happy. Then we just took a lazy day and strolled around the city, popping into shops here and there and having a grand ol time. I got some new black candles for Halloween that I’m overly excited about and Greg tried on a ridiculously sexy leather jacket but refused to spend such an extravagant amount of money on such an item… look who’s the saver now! 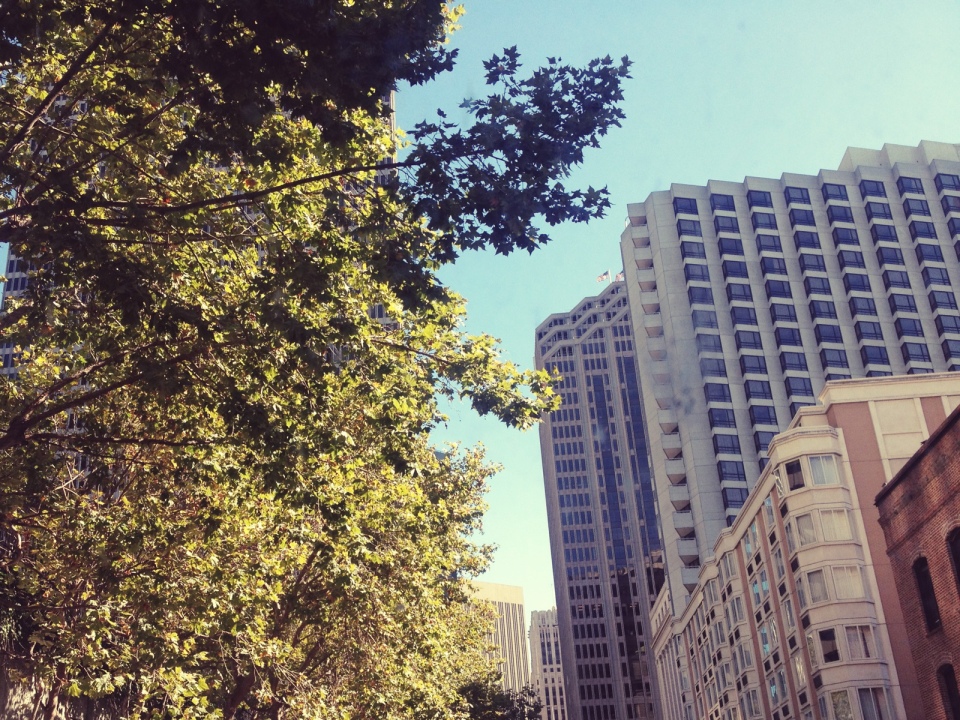 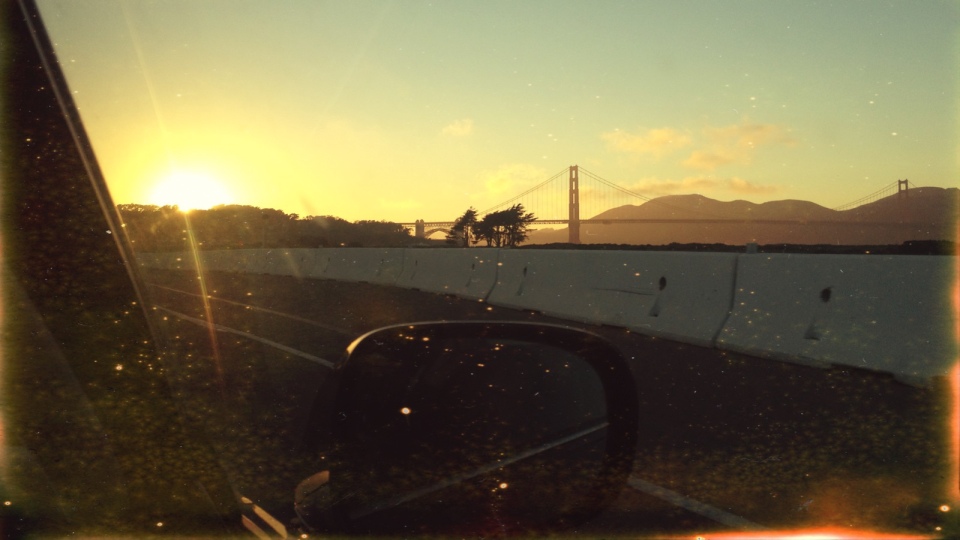 And then the darndest thing happened! These Nettles not only stayed up past ten (if you have visited us, you know how boring we get once 9:45 rolls around) we were OUT past ten : D dining at this place. It was delightful.

And those were some of the best oysters I’ve ever had. PS look at my dashing husband. He even wore a jacket! <3 <3