Oh dear.. I have been slacking on my documenting our first year of marriage duties… I figure you can only write about doing piles and piles of laundry so many times.. Let’s think back. When we were dating, I got so annoyed at Greg for saying he would rather pay someone to build a garden teepee for our kids than build one himself. (Apparently, these were the things that upset me in those days) I argued that these are the experiences you bond over and what makes you a hero in their eyes – why oh why would he want to deprive himself of all that fun? Well, he has certainly become MY hero for doing so many projects around the house for me. Who knew he was so very handy! Oh, what a bonus : ) We tend to get inspired at night (or at least with electrical projects).. Any creative person knows that when inspiration strikes, one must not stifle it! Thus, out came the one flashlight we own and the hope of not getting electrocuted.

I must say, we do make a good team! We now have a moon floating above our dining room table, and yes, he knows me well and installed a dimmer without even being asked : )

It’s still pretty stark in there but it’ll be cool eventually! We also went to check out the Rose Bowl Flea Market at this place.

It was HUGE. I don’t even think we got to half of it before realizing our exercise quota for the day was way past what is necessary and retired to rest our aging legs.

I also started my mammoth painting. The thing I didn’t think about was that my easel isn’t quite big enough to accommodate such girth. Thus, I was forced to improvise. With tape of course. 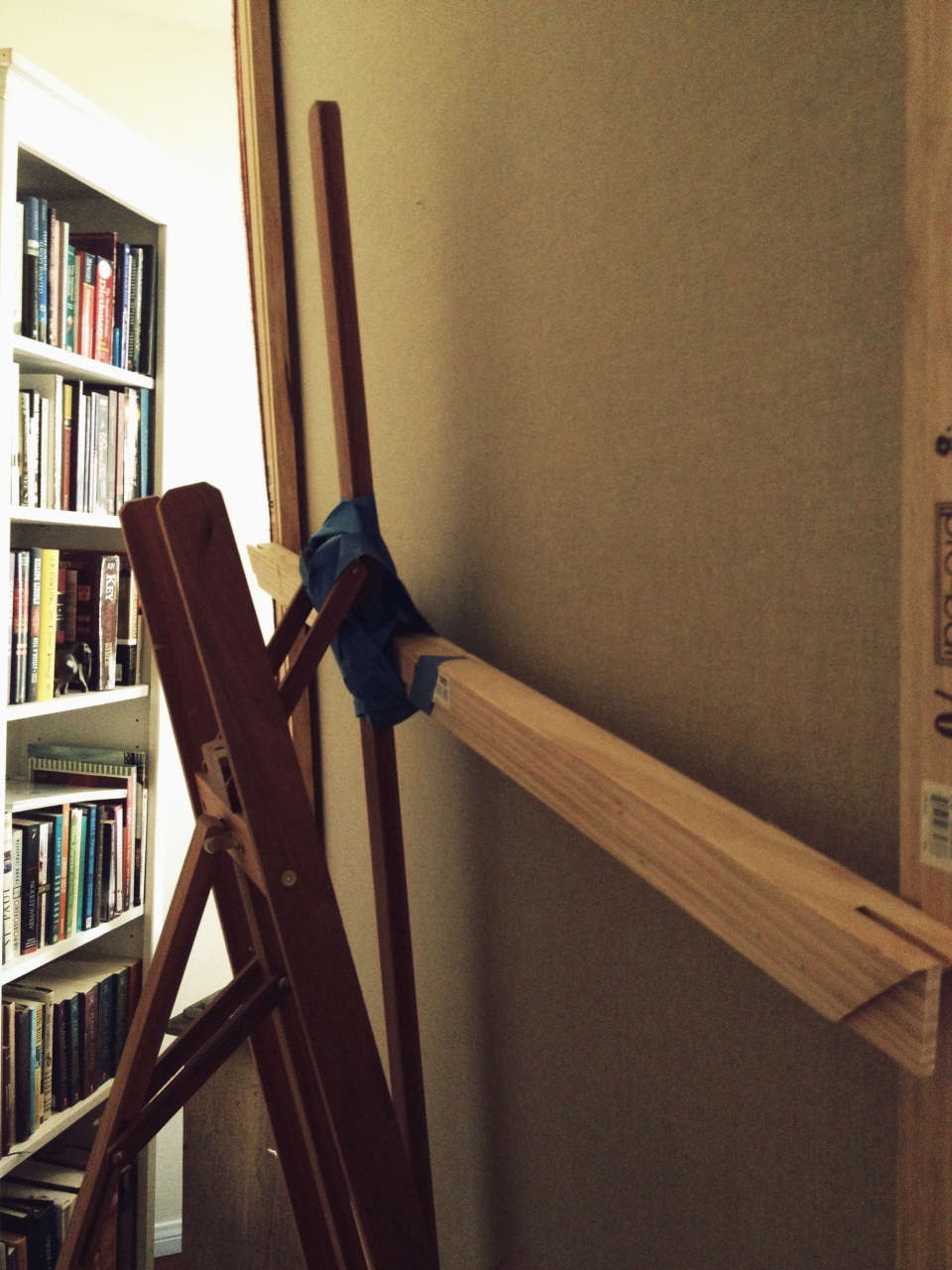 Problem solved, complete with the excitement of the occasional tiiiiimbeeerrr as it crashes down onto the unsuspecting artist. Fortunately, all six times this has happened, it has moved rather slowly so I haven’t had to repair any head-shaped wounds to the canvas.

This has been especially challenging because that darn glare does not go away! I hardly know what I’m painting anymore but I do hope it will turn out eventually. Right now he’s all disproportionate : )

This last weekend, Greg’s company had it’s annual work party which was quite fun. Just look how fun. 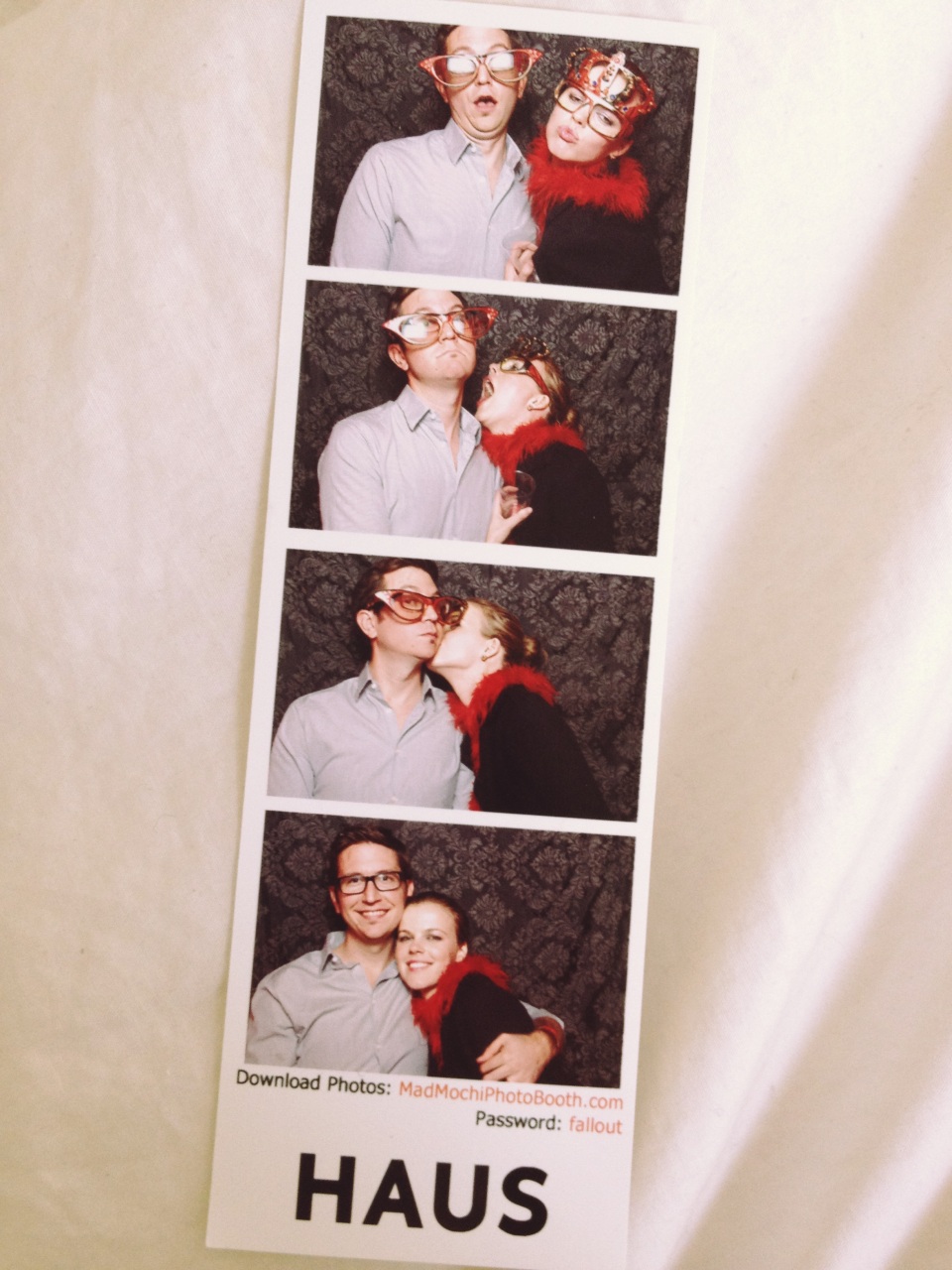 Aren’t we special. This may have led to our decision to spend all of Saturday resting and watching the entire final season of a show that I promised Greg I wouldn’t tell anyone he watched and enjoyed. As usual, we had big plans to get lots accomplished this weekend but the sleep deprivation kicked in and it was so good to rest and laze about. That dog now sleeps in a different room and the people rejoiced. No more 5am whining wakeup calls! Can you say Hallelujah. Sunday was a lovely day full of a new church that will probably not be revisited : ) , a delightful street side lunch, and a hunt for new glasses which turned out unsuccessful but still hopeful. The lawn is freshly mown and the dishes (were) gone so we were able to end the weekend with some sense of productivity. Greg even let us open a special bottle of our wine cause he thought my makeshift meal was deserving – I think it was really because half my finger got grated into it and perhaps he needed liquid courage to enjoy it : ) On that happy note, Happy Monday!